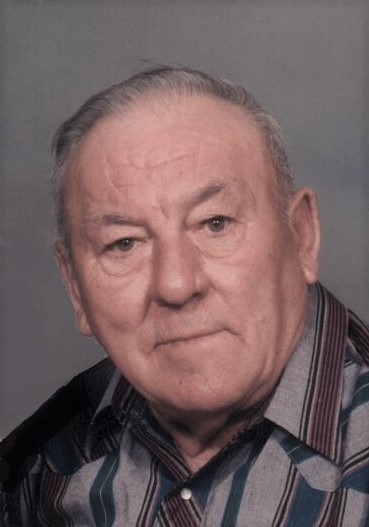 Arthur Huber, 94, of Fosston, MN, and formerly of Crookston, died at the Cornerstone Residence in Fosston, Thursday, October 19, 2017. Art was born at Bluegrass, ND on May 15, 1923, the son of Christ and Christina (Redman) Huber. He grew up at Bluegrass and attended the Union District School. He later entered the US Army on June 20, 1946 and served with the 2nd Division at Fort Lewis, WA as an ambulance driver. Art received his honorable discharge on July 26, 1947. He was then employed by General Mills in Lodi, CA. Art married MaE (Johnson) Bergquist on December 24, 1966 at Reno, NV. Over the next several years the couple lived in the Minnesota communities of Wadena, Moorhead, Frazee, and Hoffman, and Twin Falls, ID, before retiring and coming to Crookston in the early 1990’s. Art was a member of the Grain Millers Union and the Crookston American Legion Post. In past years, while living near the ocean, his greatest passion was deep sea fishing, and among his most memorable catches were a 70-pound sturgeon and a 20-pound salmon. He also enjoyed pheasant and quail hunting.

Family members include his wife, MaE of Crookston, MN; step-daughter, Diana Thompson and her husband, Daryl, of Crookston; 2 step-granddaughters, JoElle (Michael) Boucher and Amy (Michael) Theis, of Crookston; 4 great-grandchildren: Harrison and Callie Boucher, and Jared and Gretchen Theis; a sister, Ruth Decker, of Lodi, CA; and other relatives. He was preceded in death by his parents, Christ and Christina Huber; and 5 siblings: Lidia Wetzel, John Huber, Albert Huber, Alma Matel, and Susie Vewald, all of Lodi. May God bless Art’s memory.

The funeral service for Arthur Huber will be held at the Stenshoel-Houske Funeral Home in Crookston at 2:00pm, Tuesday, October 24, 2017, with The Rev. Bill Reck, officiating. Visitation will for one hour prior to the funeral. Interment will be in the Oakdale Cemetery, Crookston. Military honors will be provided by the Crookston Veterans Council.

To order memorial trees or send flowers to the family in memory of Arthur Huber, please visit our flower store.