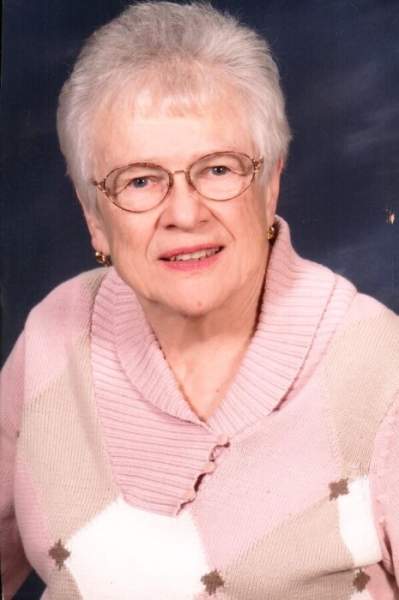 Arlene Karen Overland Montreuil, age 81, a long-time resident of Crookston, MN, died on Wednesday, November 4, 2020, at the Villa St. Vincent, after a long and courageous battle with Parkinson’s disease.  Arlene was born on September 6, 1939, at her parents home in rural Fertile, MN.  She was the first of three children born to the union of Joe and Alvina (Petersen) Overland.

In 1941, Arlene, along with her parents moved to Vashon Island, WA.  In 1944, they returned to Fertile and purchased a farm in Polk County.  It was at this time that Arlene met her very first friend, Sylvia Sather Wavrin, a neighbor girl.  Thus began a lifelong friendship.

Arlene was baptized and confirmed at the Varnes Lutheran Church and upon it’s closing was very active in moving it to the Polk County Fair Grounds in Fertile where it still stands to this day.

After graduating from Fertile High School, Arlene worked for a short time as a bookkeeper in St. Cloud, MN.  On September 29, 1957, she was united in marriage to Ernest Montreuil at the Varnes Lutheran Church.  The couple made their home in Crookston and together raised three children: Diane, Karen, and Keith.  Very sadly, Keith passed away on July 23, 1999, and Ernie passed away on March 4, 2010.

Arlene was a devoted wife, mother, grandmother, and great-grandmother.  She loved holidays where she could have her family gathered together around a large dining room table.  Besides being a homemaker, Arlene worked as a manager for L and W Foods, spent 6 years at Highland Middle School in the Library, and in 1978 earned an LPN degree in nursing.  Her next 26 years were spent as an intensive care nurse at RiverView Hospital in Crookston doing what she truly enjoyed. After her diagnosis of Parkinson’s Arlene was instrumental in forming and leading a support group for others who were learning to live with the limitations imposed by the disease. She became a great source of comfort while sharing her experiences and coping skills.

Arlene and Ernie loved to be outdoors with their summers spent camping, fishing, and sharing the joys of nature with their family.  They also enjoyed traveling and over the years visited all 50 states, Mexico, Europe, and Canada.

Arlene was a longtime member of Trinity Lutheran Church, where she taught Sunday School for many years, served on the Altar Guild, and worked with the quilters.  She was also a Campfire leader.  Arlene enjoyed many hobbies, folk art painting and quilting were her favorites.  She also liked going on road trips with family and friends to quilt shops and shows, and many of them received and treasured gifts of homemade quilts that she so lovingly created.

In addition to her beloved husband and son, Arlene was preceded in death by her parents, Joe and Alvina Overland; and son-in-law, Rick Danielson.

A memorial service celebrating Arlene’s life will be held at 2:00 pm on Tuesday, November 24, 2020, at Stenshoel-Houske Funeral Home in Crookston, MN, with a time of visitation one hour before.  The Rev. Greg Isaacson of Trinity Lutheran Church , Crookston, will officiate.  Inurnment will be in Concordia Cemetery in Fertile, MN. The service will be livestreamed by logging on to www.stenshoelhouske.com and clicking on Arlene’s obituary, then the prompt for viewing for her funeral. Due to COVID-19 restrictions masks are required and social distancing for no more then 150 people will be observed.

To order memorial trees or send flowers to the family in memory of Arlene Montreuil, please visit our flower store.