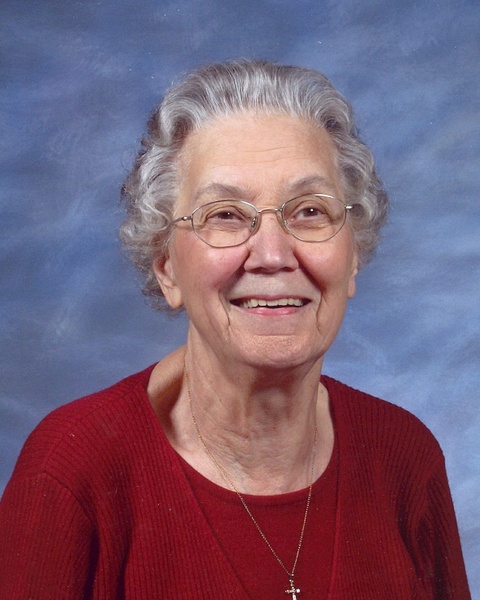 Antoinette Lagasse, Crookston, MN (formerly of Rolla, ND) died on October 6, 2022 at the age of 100.  Antoinette, the second daughter of Arthur and Regina (Jalbert) Rivard, was born on March 8, 1922 in their farm home near Fir Mountain, Saskatchewan, Canada. One week later, with her mother’s death, Antoinette was placed in the home of her great aunt and uncle, Virginia and August Jalbert.  She was raised in their nurturing home as one of the family.  At age six, the country school provided new challenges for the shy, French-speaking child and the English-speaking teacher; her sisters served as interpreters.

Antoinette worked in a limited self-service grocery store in LaFleche, Saskatchewan while waiting for Omer, her future husband, to complete his four-year tour of duty in the U.S. Army during World War II.  Omer, unable to purchase a car following the war, borrowed his father’s to make the journey to wed Antoinette in October 1946.  This union saw the formation of a family of six, three sons and three daughters.

Whatever she took on, Antoinette gave it her best; whether raising her family, entertaining relatives, creating decorative cakes, or doing clothing alterations.  Her many skills touched many lives.

St. Joachim Catholic Church in Rolla, ND was a big part of her life, assisting the Altar Society, washing the altar linens and instructing many in the sacraments of Penance and First Communion.

Services are scheduled at St. Joachim Catholic Church in Rolla, ND with the prayer service on Thursday, October 20 at 7:00pm and the Funeral Mass on Friday, October 21 at 11:00am.

To order memorial trees or send flowers to the family in memory of Antoinette Olivine Lagasse, please visit our flower store.