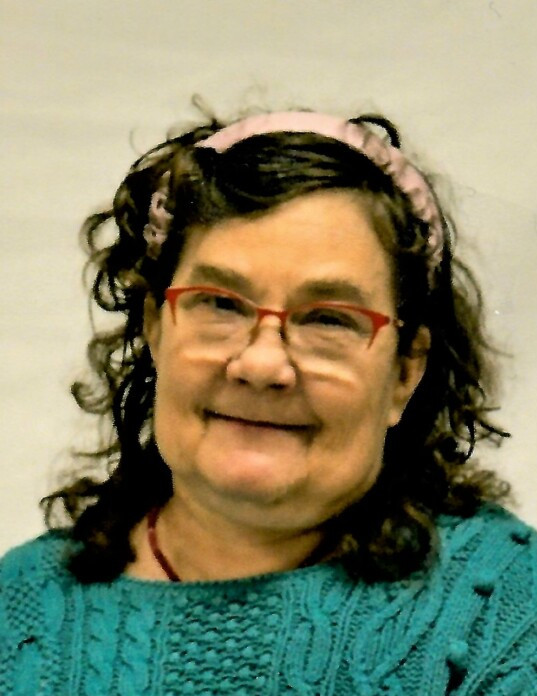 Annette was born on October 7, 1961, in Lake Forest, IL, to Owen and Michele (Johnson) Heiberg. She grew up in Lake Forest, Hopkins, MN, and Herman, MN. She later earned a bachelor’s degree from Carleton College in Northfield, MN. During the 1980’s she became an editor for the Crookston Daily Times.   Annette enjoyed the times she worked as a reporter. Subsequent years, Annette traveled, worked in Philadelphia and was involved with various social programs.  She was active in her community volunteering in the school system.

Annette and husband, Harvey Uken, met in 1998 while working for the US Census.  They had been making their home in Crookston, Minnesota since 2000.  Not only did they build their lives together on a deep and abiding love, but also on humor, hope, and acceptance of all things human about each other.

Volunteering since 2014, Annette joined the Foster Grandparent Program in 2016 continuing to volunteer at Our Savior's Lutheran School in Crookston. She loved working with children, and the children loved her because of her beautiful soul and the connection she shared with them.  Annette took great pride in the accomplishments of every student she worked with. In 2017 she became an Advanced Trainer in the Nurtured Heart Approach.

Annette enjoyed creating Art. Her interests ranged from photo collage calendars, award winning photography, to creating Minecraft character decorations for Halloween which delighted all that stopped to get a treat. Annette learned to create sculptures through her participation in the Herman Iron Pour, held annually in the early 2000's. Her love for poetry was evident since it was not unusual to find pieces of paper with a line or two of poetry inscribed, only to find the completed work on her computer. Her art could also be found in the flower garden she laid out each spring. Inspired by the young folks in the class, she joined and proudly earned her red belt in the Indonesian martial art: Inti Ombak Pencak Silat.  She had a passion for cooking, and creating and enhancing recipes, which pleased Harvey to no end. Travel was a good excuse to discover and appreciate the world. From museums, galleries, theaters, concerts to photographing smoke filled mountains or zip-lining. Each day on the road was an adventure.

As she battled illness, she found comfort and inspiration by The Hu band’s song “Wolf Totem”. Annette was a fighter and did not let physical or medical limitations stop her from experiencing life or supporting her loved ones.  She was her Godson Michael's biggest sports fan, and she celebrated all things Michael.

Annette was preceded in death by her father, Owen; her mother, Michele; and brother-in-law, Joe Eystad.

A memorial service for Annette Elaine Heiberg will be held at the Stenshoel-Houske Funeral Home in Crookston, MN on Saturday September 10, 2022, at 11:00 am with Celebrant Trey Everett, officiating. Visitation with the family will be for one hour prior to the service. The funeral will be livestreamed by going to Annette’s obituary page at www.stenshoelhouske.com and clicking on the prompt to view.

Online condolences may be sent to Annette's family at www.stenshoelhouske.com.

To order memorial trees or send flowers to the family in memory of Annette Heiberg, please visit our flower store.