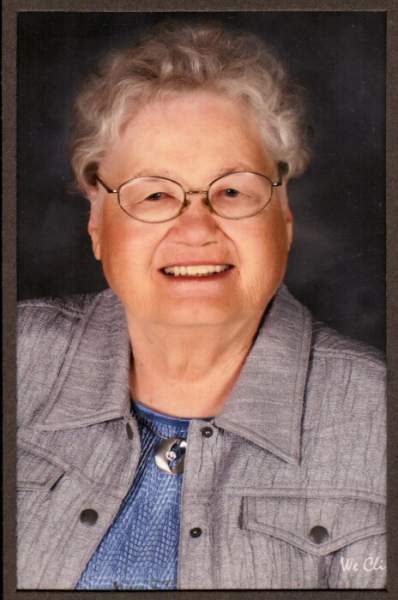 Anne Ione Kanten, age 93, of Crookston, MN, formerly of Milan, MN, passed away on Monday, December 7, 2020, at the Villa St. Vincent Nursing Home in Crookston, MN of COVID-19.  Anne spent much of her life shaping Minnesota Agriculture, with the family farm, the land and her faith all mobilizing her as a fierce advocate for families remaining on the land.

Anne Ione Knutson was born on August 20, 1927, in Goldfield, IA, the daughter of the late Gunner and Gertrude (Thorsheim) Knutson who immigrated from Norway in 1920.  She graduated from high school in Goldfield and went on to St. Olaf College in Northfield, MN, where she earned a degree in education and began teaching in Clarkfield, MN.  It was there she met Chuck Kanten – a young farmer from Milan who had a strong sense of family history, intergenerational connectedness and belonging to a place.  She married Charles “Chuck” Kanten in 1952 in Eagle Grove, IA and began her life on the family farm in Milan MN, which she and Chuck worked for 40 + years.

During the 1970’s Anne served on and chaired the Board of Global Mission and Inter-Church Cooperation of the ALC (predecessor body of the Evangelical Lutheran Church in America).  Among other work on the board, she advanced the cause of women missionaries, rewriting policies to ensure that women received equal pay for the professional work in which they were engaged in the field.  In 1975 Anne and Chuck traveled to Africa on behalf of the American Lutheran Church as lay mission observers, and then spent the next year sharing their experiences with the Southwest MN District.

During the economic farm crisis, Anne and Chuck became more involved in the politics of Agriculture and helped form the American Agricultural Movement (AAM) whose mission was to keep families on their farms during the financial farm crisis in the late 70’s and 80’s.   Anne and Chuck spent much of their time during 1978, 1979 and 1980 working, speaking and lobbying for AAM. This included a national tractorcade to Washington, D.C. in 1979 (son Kent, accompanied by Chuck, drove the family tractor to Washington). Anne also worked in the AAM state office in Appleton, with many local farmers including former Governor Elmer Benson.  She came to the attention of Rudy Perpich during his 1982 gubernatorial campaign, and was appointed to serve as the state’s Deputy Commissioner of Agriculture.  After her tenure as Deputy Commissioner, Anne continued to be a strong advocate for farmers and their families.  Anne along with fellow farm activist Lou Anne Kling founded the Minnesota Farm Advocate Program. Through their tireless efforts they provided technical assistance, information and help to family farmers trying to meet the legal and regulatory complexities of operating in troubled times.  In 2000 she was named to the DFL’s Women’s Hall of Fame.

Anne held strong to her faith and brought an indomitable spirit to her lifelong work shaping Agricultural policy to better the life of Minnesota farm families.  With her deep commitment to peace and justice and rural Minnesota, she was a role model for all the women who work their farms and raise their families and was a passionate advocate for the people whose world’s, like her and her family’s, revolved around their rural way of life.

In 2012 following retirement Chuck and Anne moved to Crookston MN. Sadly Chuck passed away in July of 2014.

A memorial service celebrating Anne’s life will be held at a later date.

To order memorial trees or send flowers to the family in memory of Anne Kanten, please visit our flower store.