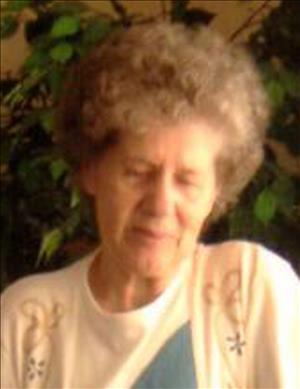 Alice was born on October 10, 1928 in Sleepy Eye, MN to Joseph and Frances (Prokosch) Earl.

She went to St. Mary's school in Sleepy Eye and graduated in 1946.

After graduation, Alice went to work for First Bank in St. Paul, and became a bank supervisor until her retirement.

In 1991, Alice moved to Fisher, MN to be closer to her family. She was a member of the St. Francis Catholic Church in Fisher, MN.

She is preceded in death by her husband; her parents; and brother, Ralph Earl.

The will be a funeral mass at 11:00 a.m., with a visitation one hour prior to service, on Friday, July 7, 2017 at St. Francis Catholic Church in Fisher, MN. Interment will be at Greenwood Cemetery in Fisher, MN. To order memorial trees or send flowers to the family in memory of Alice Mattson, please visit our flower store.