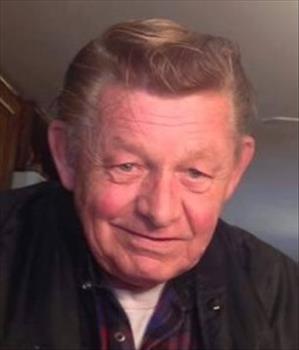 Albert Gilbert Strande, 63, a resident of Gooding, Idaho, passed away Saturday, January 23, 2016, peacefully in his home with his loving wife by his side. Al was born February 4, 1952 in Fosston, Minnesota to Gilbert and Dolores Strande. He attended Fosston High School and then joined the Marine Corps. He married Kathleen Barens and they had 3 children. He later married Arlene Yarussi, of Gooding, Idaho on August 9, 2003, where he spent the last 13 years. His heart was always with his children and grandchildren, but his love was on the road as a professional truck driver of 30 years. He enjoyed camping, hunting, fishing, riding horses and was a member of the Lutheran Church. He is preceded in death by 1 son, Keith Strande; his parents and 2 nephews, JR Simmons, and Michael Johnson. Al is survived by his loving wife, Arlene, of Gooding, Idaho; 2 children, James (Kira) Strande, of Anaconda, Montana, and Michelle (Craig) Allers, of Farmington, Minnesota; 4 grandchildren, Kloey Strande, Brock Strande, Alexis Strande, and Abigail Allers; and siblings, Patty (Tom) Brenk, of Forest Lake, Minnesota, Peggy (Darrell) Johnson, of Crookston, Minnesota, Jewel Strande, of Crookston, Minnesota, Pam (Buck) Simmons, of Mahnomen, Minnesota, and Vi (Wally) Abel, of Andover, Minnesota. Al is also survived by his mother-in-law, Shirley Yarussi; and his sister-in-law Diane (Jack) Houser, and their children and grandchildren, as well as numerous nieces and nephews. A funeral service will be held at 11:00 am, on Saturday, February 6, 2016 at Trinity Lutheran Church in Crookston, Minnesota, with visitation at the church beginning at 10:00 am. Committal will follow at Elm Cemetery in Winger, Minnesota. Following the committal service, there will be a celebration of life with reception and light lunch at 102 State St. in Crookston. To order memorial trees or send flowers to the family in memory of Albert Strande, please visit our flower store.